Clarice Cliff’s colourful, abstract and unique designs are the inspiration behind some of our latest pieces. Join us as we take a deep dive into her story, and how she became a household name celebrated across the world for her designs and influences on the industry.

We love the story of Clarice Cliff, not only is her work inspiring but her background is too. Cliff’s rise to fame during the mid 20th century was unexpected because of both her gender and modest background. She started at the bottom as a lowly gilder in a pottery factory, but this didn’t stop her. She pushed boundaries, ignored society’s expectations and became one of the first women to produce a line of crockery under her own name.

Cliff is best known for her experimentation with shapes and colour – during the time of her initial designs, her work easily stood out from the crowd thanks to her abstract use of pattern. Her bold, colourful, hand painted pieces quickly earned her the title ‘Sunshine Girl’. Today, her work is highly collectable and exhibited in some of the world’s most notable galleries. Last year a film celebrating her work called ‘The Colour Room’ Starring Phoebe Dynevor (of Bridgerton fame) was released and it was from watching this that our founder, Mags Walker, was inspired to design these brand new pieces. 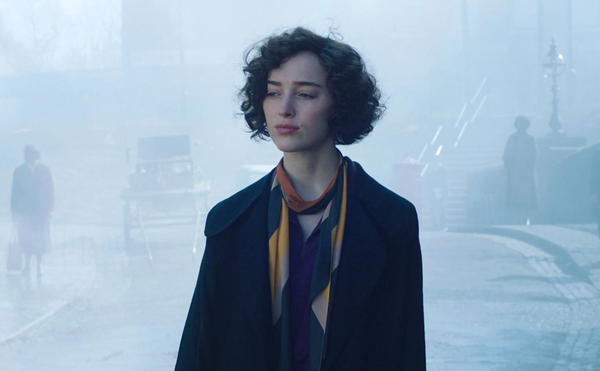 Starting from the bottom

Cliff’s pottery career started when she was just 13, where she took a role within the local pottery industry in Stoke-on-Trent. After several jobs at various potbanks, she moved to A J Wilkinson’s Newport pottery in Burslem in 1913 where she was given an apprentice contract. It was society’s expectation that women would stay in apprentice roles; however, hungry to learn, Cliff enrolled at Burslem School of Art where she studied art and sculpture during evenings, and advanced to become a freehand painter. While most women of this age would focus on gaining one skill, Cliff mastered the entire pottery process.

Cliff was given her own studio in 1927, after her talents were recognised by one of the factory owners, Colley Shorter. This allowed her the freedom to explore her creativity and bring her ideas to life. To begin with, Cliff was given faulty porcelain to work on. She created geometric patterns using triangles to cover the defects in the glaze and called the pots created ‘bizarre ware’. A sales contact presented them to an important stockist, and was amazed by how popular they were and demand for them grew quickly. This was her very first collection. It’s this collection that inspired our Abstract Diamond earrings, available in blue, red and pink.

Cliff was hugely inspired by the Art Deco movement and influenced by the colours and patterning of the time, she created her “Fantastique” range. Her pieces were like nothing anybody had seen before. She studied at the Royal School of Art in London on two occasions during 1927, as she was rising to the top of the pottery industry. During this time she created some of her most unforgettable pieces, including the Viking Ship Flower Holder. 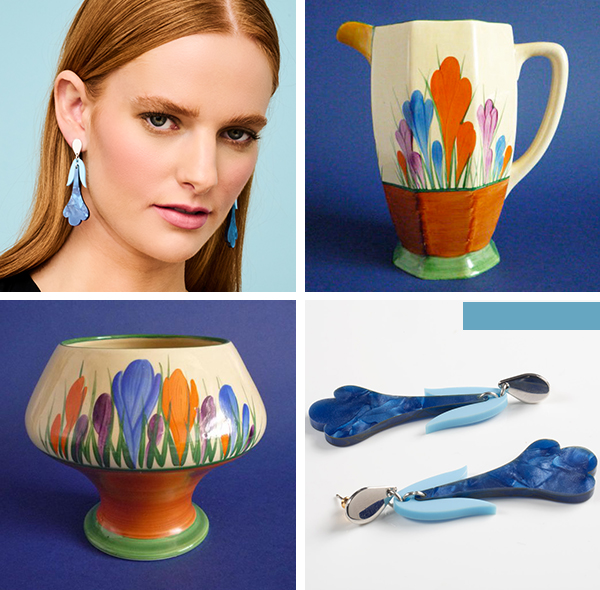 In 1928, Cliff produced her signature design – the Crocus. This featured hand painted flowers, each one composed using confident upward brush strokes, with green leaves added by holding the piece upside down and painting thin lines among the flowers. It’s this stunning piece that inspired our earring design, the Crocuses, available in pink, red and blue. 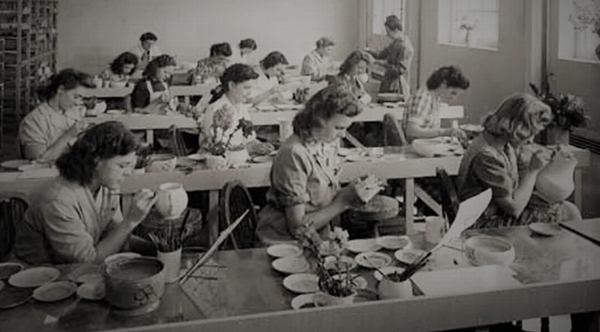 Following the success of her Crocus design, Cliff was busier than ever. She hired a team of 70 to help produce her work, they were known as the ‘Bizarre Girls’. All but 4 were women. Her quality and skill oversaw the daily production of her team, and she inspired both her own workers and other young women to follow her ambition.

In the film The Colour Room (available to watch here), we loved Phoebe Dynevor’s portrayal of Clarice Cliff. A noticeably powerful scene was of all the girls in the shop window, painting pottery. It showed they were strong, powerful women going against social norms and creating a true catalyst for change.

Even through the great depression, lasting from 1929 to 1939, Cliff’s wares remained in high demand. Her work was sold in prestige stores, including Harrods and Selfridges. Cliff understood that innovation was key to stay in the forefront of her clients mind and she continually introduced new and exciting designs to the market. Overall a total of over 350 patterns were designed by Cliff and The Bizarre Girls workforce.

The Colour Room, a film inspired by the life of Clarice Cliff, is available to watch here