The 60s is synonymous with graphic daisies pioneered by the designer Mary Quant whose iconic style is the inspiration behind our latest limited edition earrings. Here, we take a look back into fashion history at how Quant revolutionised the way women dressed.

Iconic, inventive and highly influential, Mary Quant was one of the most important fashion designers of the 1960s. Critical to the development of the ‘Swinging Sixties’ scene, her influence on fashion is still felt across the world today. The originator of the miniskirt, which was considered scandalous at the time, she changed the face of 60s fashion and kicked off the first youthquake.

Our Founder and Creative Director Mags Walker has long been a Quant fan, using the designer’s graphic and bold shapes as inspiration for some of Toolally’s own designs, most recently with two of our new launches; the Pearl Daisies and the Pearl Daisy Drops. Mags says, “The 60s marked a transition from the exceptionally feminine 50s to a freer, more casual, fun approach to fashion and Mary Quant was the driving force. When designing the Pearl Daisies, I knew they had to capture the freedom and fun of Quant’s style and I’m thrilled with the final product. Each one features a beautiful freshwater pearl and is handcrafted in small batches so they feel as unique as they look.”

The history of Quant 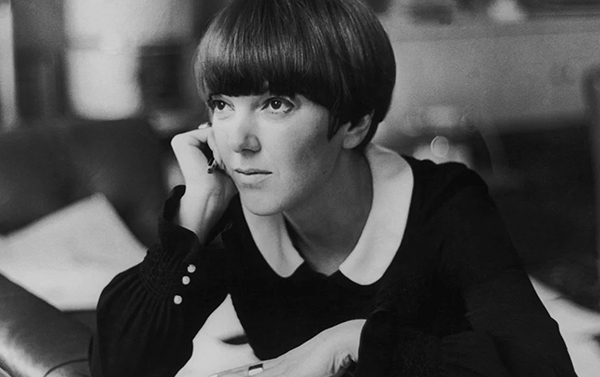 Quant remembers as a child admiring the outfit of a girl tap-dancing: black skinny rib-sweater, pleated skirt, black tights under white ankle socks with black patent leather shoes and ankle straps. She commented “the image of that girl stayed with me and I started trying to make my own clothes by cutting up bedspreads. That’s all I wanted to do: design clothes.”

Born in 1934 in Blackheath, London, Quant was the daughter of two Welsh school teachers. She attended Blackheath High School before studying illustration at Goldsmith College – a compromise since her parents disapproved of her attending Fashion School. It’s here that she met her future business partner and husband, Alexander Plunket Greene.

In 1953 she achieved a diploma in art education, at age 19. She became an apprentice couture at a high-end milliner, Erik of Brook Street, and began designing and manufacturing clothes. 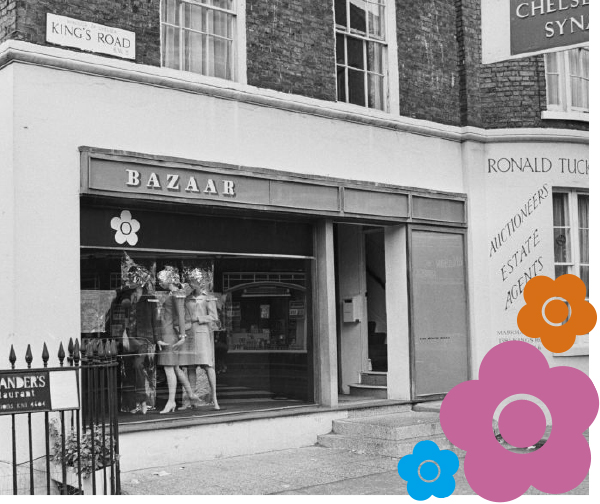 In 1955, she and her husband teamed up with their friend and accountant Archie McNair. Together, they opened a club-like shop. The basement was a restaurant and the ground floor a boutique, which they called Bazaar.

At first, she was the boutique’s buyer. Following some persuasion from Greene, she began selling her own designs. In the words of Mary Quant “Fashion should be fun” and their shop embedded the very definition of fun. Eclectic and often outrageous window displays, loud music and free drinks enhanced the shopping experience. They opened late most evenings and stock was constantly replenished with new, desirable designs.

Quant understood visual branding, and designed her iconic black five-petaled daisy logo which became her worldwide trademark. It was created from her childhood doodles. Simple but impactful, it’s this organic shape that provided the inspiration for our latest limited edition Toolally earring designs; the Pearl Daisies and the Pearl Daisy Drops, available in black or orange pearl. 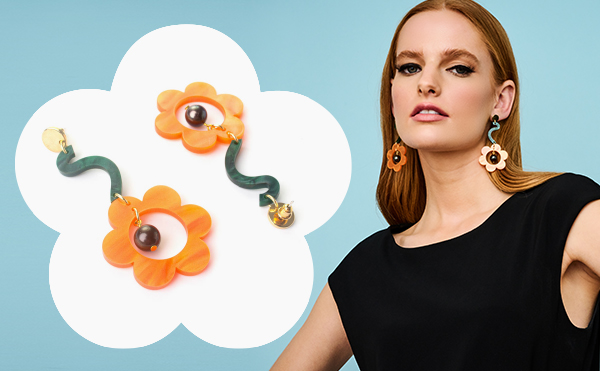 The basement restaurant became the exclusive meeting place for the ‘in-crowd’, including Princess Margaret and her husband Tony Snowdon. Greene was a master of marketing, designing shopping bags with the iconic daisy logo and developing them into a badge of honour. There was nowhere more thrilling to shop than Bazaar.

In 1957, she opened her second shop in Knightsbridge. They upped the ante and changed the way Quant’s clothes were shown, models danced down the stairs with champagne in hand, accompanied by swinging jazz music. 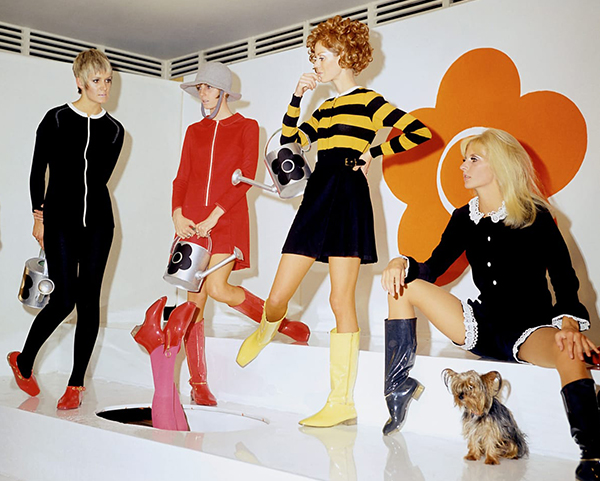 Quant revolutionised the way women dressed. She credits the Mods as an important source of inspiration. While many other designers looked to Paris for style guidance, Quant watched youth programs on television and attended fashionable London nightspots to spot new trends and gain inspiration.

Bazaar was one of the few places in London that offered an alternative to the ‘mature’ styles produced elsewhere. This signified a defining political movement, where young people no longer wanted to dress like their parents. It introduced a style that represented youthfulness.

The miniskirt, for which she was most famous, became a defining fashion trend of the sixties. Launched in 1965, it was daring, cut six inches above the knee. She reportedly named it after her favourite car, the Mini. 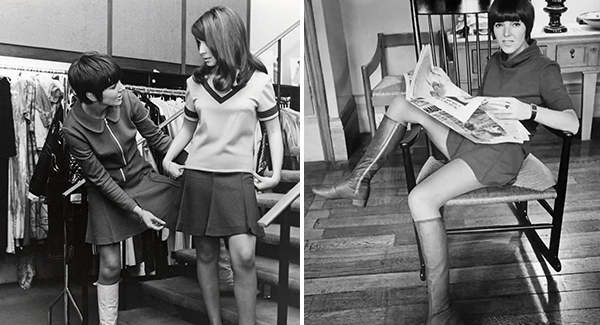 Her designs represented what she wanted to wear herself: miniskirts, bright tights, hipster pants, tunic dresses, Peter Pan collars and hot pants. Quant was keen to explore adventurous materials, and was the first designer to use PVC in her wet-look styles. At Toolally we love using different materials like our bold and colourful or stylishly subtle acrylics. It’s great to work with and best of all – especially when it comes to earrings – lightweight.

Quant’s philosophy was to design clothes that were fun, providing freedom and the ability to run, jump and move. This is a philosophy that we share at Toolally where our statement earrings are stylish, bold and playful but equally lightweight and comfortable enough to wear all day. 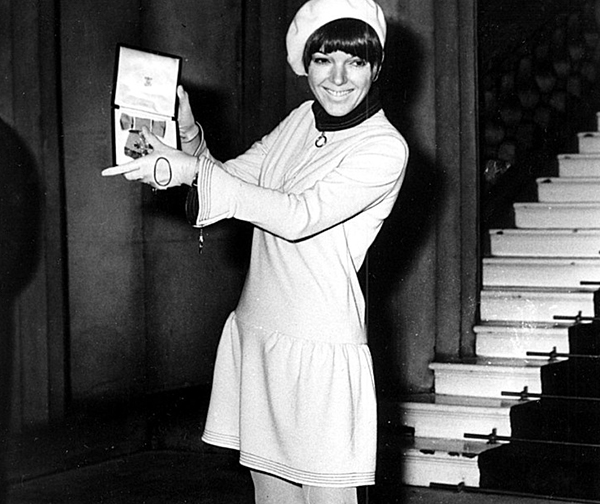 In 1962, Mary Quant was given The Sunday Times’ International Award for “jolting England out of a conventional attitude towards clothes.”

In 1966, she was awarded an OBE and published her very own autobiography ‘Quant by Quant’. By the late 60s, she was the UK’s most high-profile designer, and it was estimated that up to seven million women had at least one of her designs in their wardrobe.